Ninja Slayer is the latest project from the team behind mega-hits such as Neon Genesis Evangelion, Gurren Lagaan, and the new Cartoon Network hit Kill la Kill. A ninja-exploitation project, this manga release is based directly off the original web novels by Bradley Bond and is one part of a broad media-mix campaign that includes an animated TV series, novels and a toy line. A futuristic sci-fi action tale of ninja on ninja warfare in the hard-knocks Tokyo suburb of Neo-Saitama. Rogue ninja, Ninja Slayer, fights criminals and other ninjas to maintain order in this lawless region of Japan. 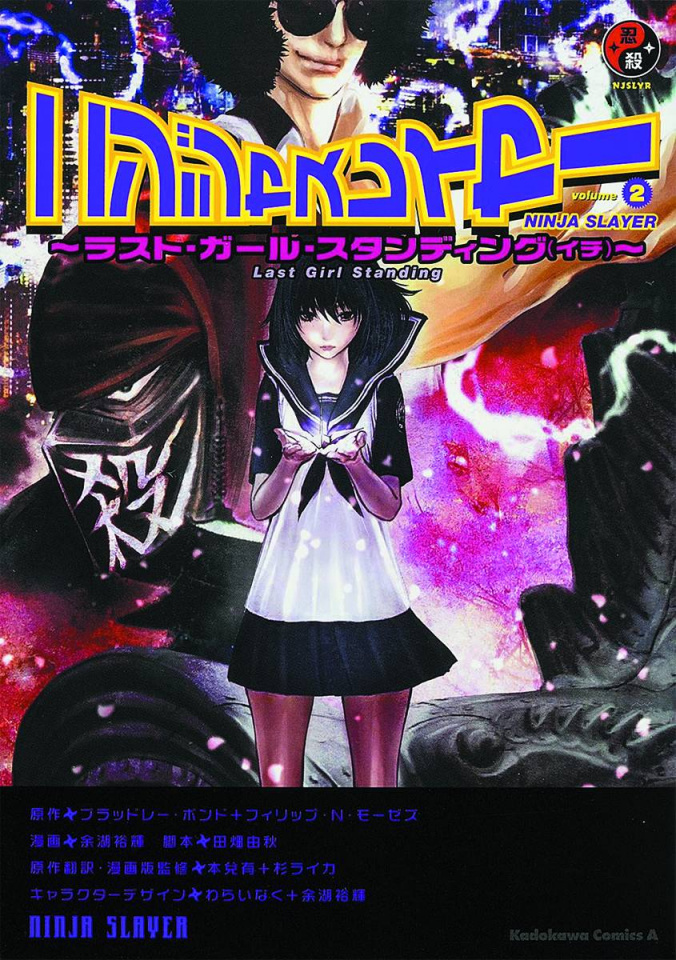