The award winning slapstick gorefest is back! After being thrown out of Hollywood, Nathan T. Rex secures new (possibly Nazi) independent financing for his next exploitation masterpiece, SISTER BAMBI! The whole crew is back and off to a secret island in the South Pacific populated by bloodthirsty savages and monstrous monkeys! But soon SISTER BAMBI is slipping through Rex's fingers as Ilsa exerts her dominance as executive producer. The she wolf demands Rex give her the titular role he promised to Coconut. With love on the rocks, and the script in flames, the living dead might be the only thing that can save this cinematic charade! Only the survivors will know for sure! Don't miss the most insane comic of 2015 finally collected into one terrifyingly funny trade. 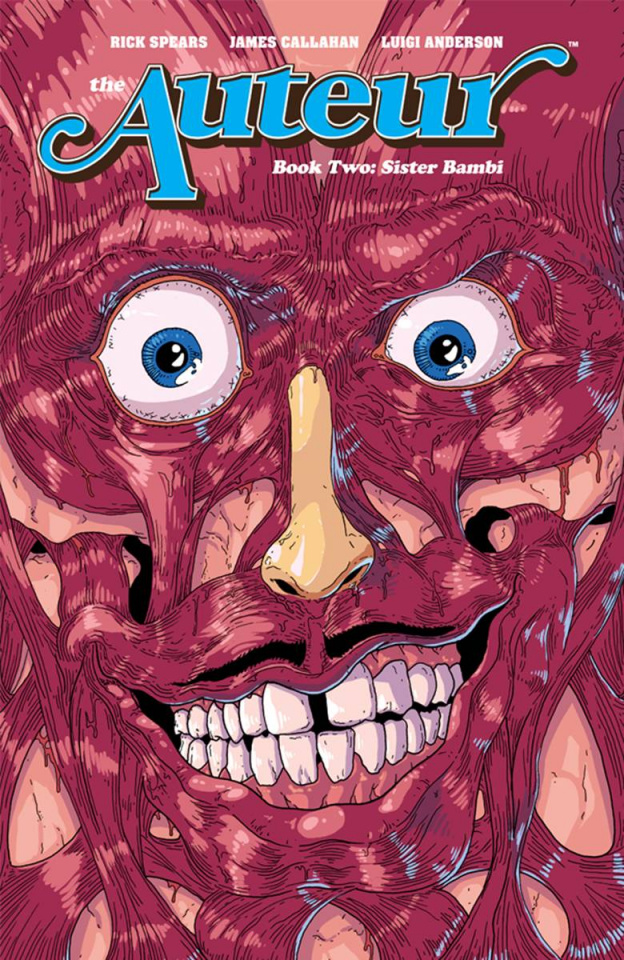