Disney/Pixar is on a winning streak, and The Good Dinosaur will be no exception! Tying to the holiday release of The Good Dinosaur, this Cinestory Comic will engage readers with its unique storytelling that follows the adventures of the young dinosaur Arlo by adapting the film script to comic format, and using screen grabs of the film to create a continuous book-length comic story! Much like Joe Books has done with their successful Disney's Frozen and Disney/Pixar's Inside Out Cinestory albums - The Good Dinosaur will be a hit with all fans of animation and comics! 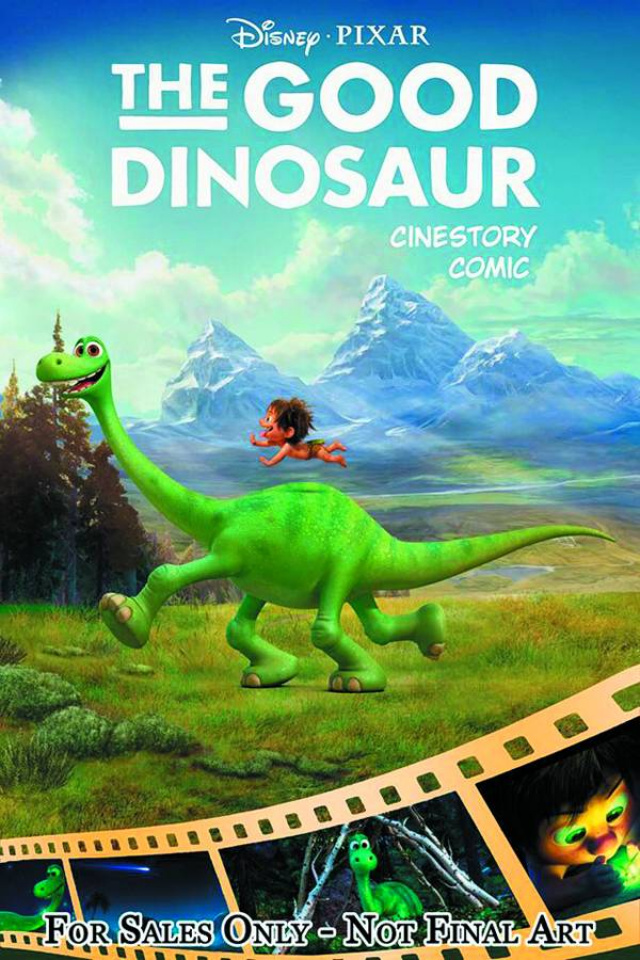