Seduction of the Innocent #1

San Francisco, 1953. FBI Agent Thomas Jennings has just arrived in the city, fresh-faced and ready to tackle crime in the big city... he thinks. In fact, Jennings is not nearly prepared for what he's about to encounter. The city's crime lords are being systematically murdered, and the killers waiting to fill the void are the pure stuff of Jennings' nightmares. Jennings will be forced to question every belief he holds dear to protect his wife and unborn child from the madness. Gritty, sometimes depraved crime fiction in the tradition of James Elroy, Jim Thompson and EC-era crime and horror comics, from the team that brought you The Death of Zorro and The Lone Ranger. 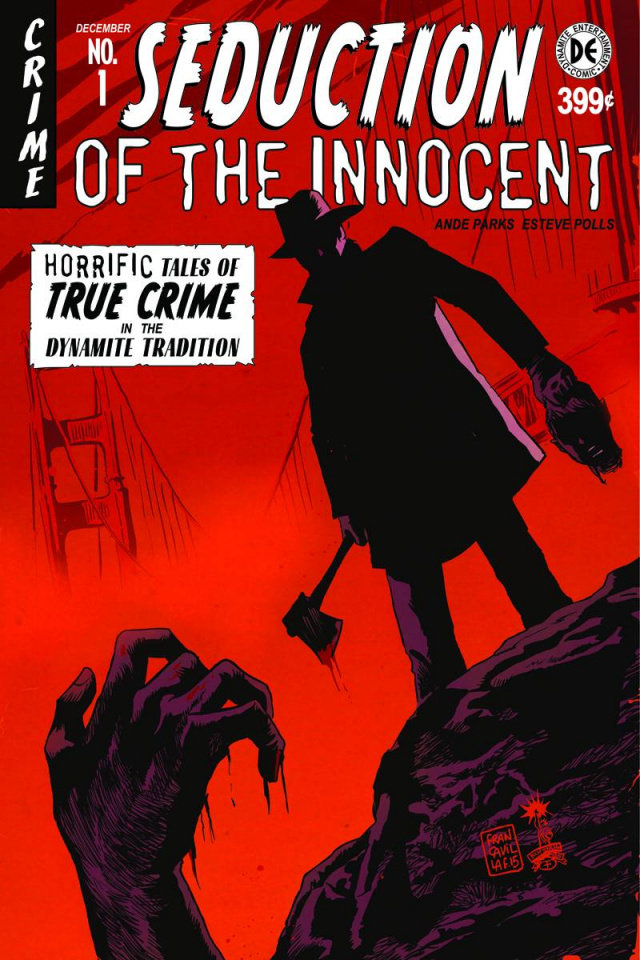