Tuki: Save the Humans #4 (Smith Cover)

TUKI returns in December, but this time in Print only - and with a Skottie Young Variant Cover! After three issues of appearing online first, the 4th issue of Jeff Smith's new humor/fantasy comic book TUKI Save the Humans will be released in December as a print comic book only. "Drawing for the web was a nice experiment," says Smith, "and was really a good way to launch the project, but for an old school self-publisher like me, print is where it's at, and all I really want is me comic books. Back to the basics!" Having vanquished the giant, Tuki continues his trek beyond the borders of his homeland in search of food - now he has even more mouths to feed! As he stands on the edge of a new frontier, what will he find? 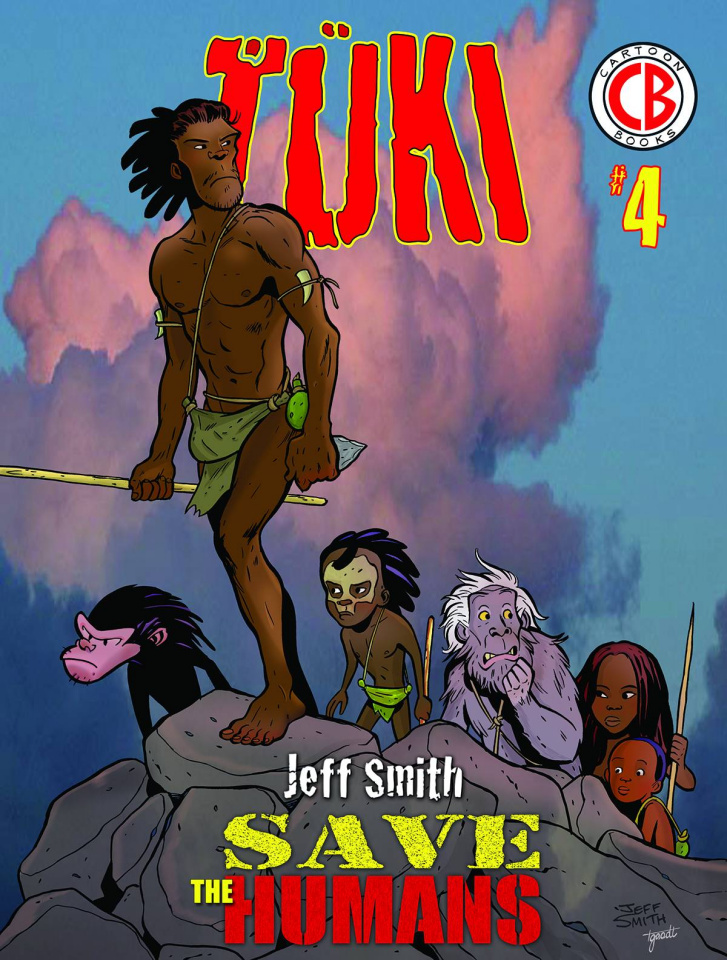