Justice, like lightning! When the Avengers and Fantastic Four disappear, believed dead in the wake of the Onslaught event, a new team of heroes rises to take their place! Meet the Thunderbolts: Citizen V! Techno! MACH-1! Songbird! Meteorite! Atlas! But these bold new heroes hide a sinister secret...every last one of them is a villain in disguise. And their leader is none other than the ruthless Baron Zemo! What are these masters of evil really up to? What happens when some of them begin to doubt their plan? And when the T-Bolts take on a new member, the enthusiastic Jolt, how long can they keep their secret hidden? Guest-starring the Hulk, Black Widow, Spider-Man and more! Collecting THUNDERBOLTS (1997) #1-5, #-1 and ANNUAL '97; INCREDIBLE HULK (1968) #449; SPIDER-MAN TEAM-UP #7; and material from TALES OF THE MARVEL UNIVERSE. 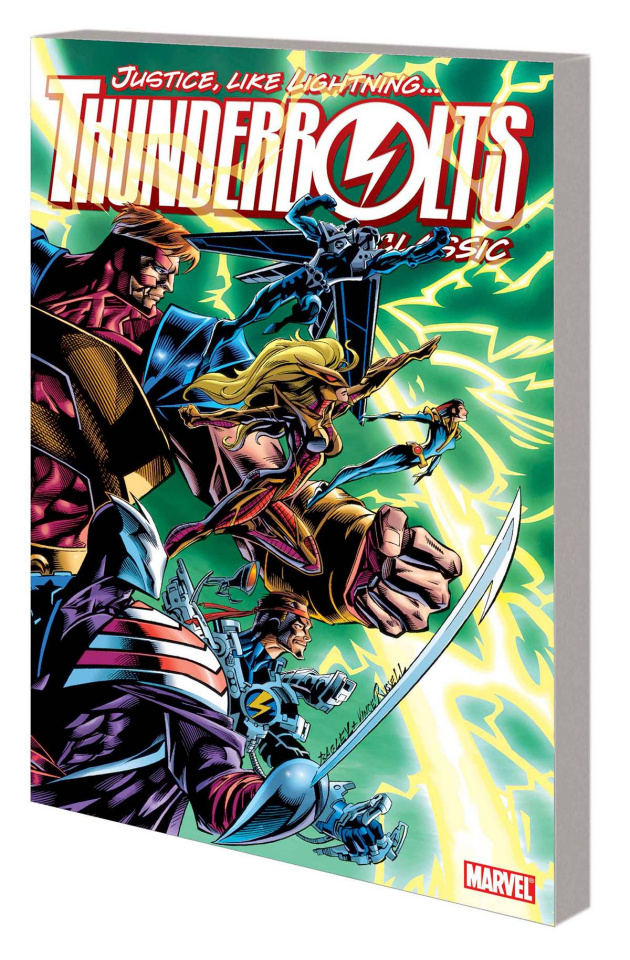