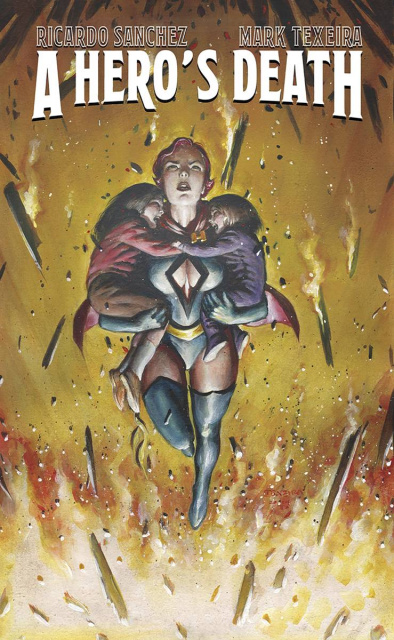 comes a story about our collective need for hope, optimism, and heroes. The Hero died 20 years ago but her death still haunts one young reporter. Now, on the anniversary of her death, the reporter digs in to find the truth about what really happened. This special edition from IDW collects the fully painted graphic novel by Texeira and Sanchez, "Kill your Heroes," an illustrated short story based on the character, art gallery, and the original short story the graphic novel was based on.