Some manga offer you stories about zombies... others, robots... others, otaku-but only The Kurosagi Corpse Delivery Service would offer you a story about a zombie-robot otaku! And that's just the first of ten cases the Kurosagi gang encounter in Book Three, as strange-but-true rituals and incidents from Japan's past reemerge as tales of bizarre modern horror! Marriages with the dead... human air-defense radar... the souls of babies in the bodies of yakuza! And even as a cabal of phantoms seeks to imprison Karatsu's familiar spirit Yaichi, the Delivery Service face perhaps their greatest challenge yet... convincing somebody else to join their club so they don't lose their meeting space on campus! 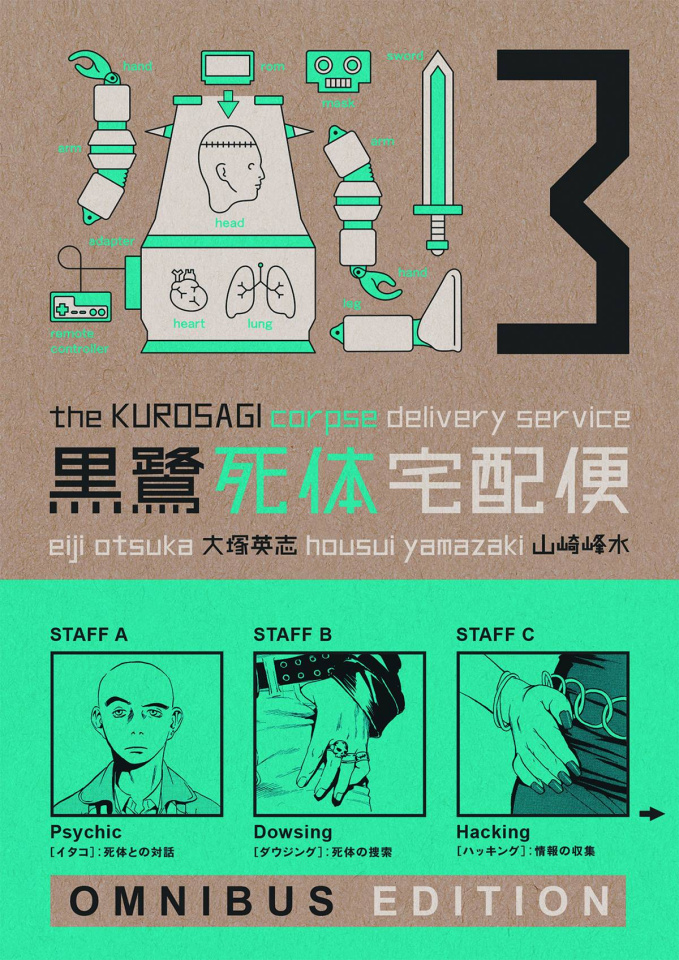