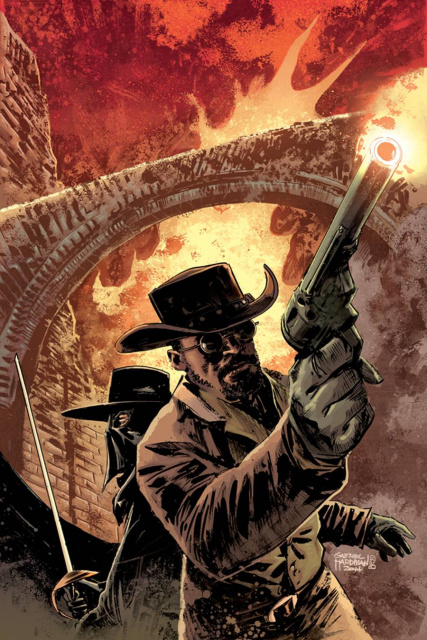 In anticipation of the Transcontinental Railroad, Archduke of Arizona Gürko Langdon has enslaved the natives for labor on a state-wide railway, while he waits for the United States to honor his claim as sovereign of the territory, per the Treaty of Hidalgo-Guadalupe. Learning of the archduke's injustice to the people of Arizona, Don Diego de la Vega enlists the bounty hunter Django as his personal bodyguard as he sets off to undo Langdon's schemes. All too familiar with the cruelties of slavery, Django is eager to assist Diego on this mission, though it is more political than the gunslinger prefers... even so, there seems to be more to the old fox than his fussy millionaire persona lets on.