Under siege... and out of control! The Harbinger Renegades are still reeling from a tragic death in their ranks, but in the face of monumental destruction they'll fi nd unlikely allies in a fellow group of super-powerful teenagers. But is Generation Zero here to help...or are they just looking out for themselves? Join New York Times best-selling writer Joshua Dysart (Harbinger) and rising star Robert Gill (Batgirl) as the breakout stars of last summer's HARBINGER WARS - the volatile psiot strike force known as Generation Zero - step out of the shadows and into the crosshairs of a devastating extraterrestrial attack! Collecting ARMOR HUNTERS: HARBINGER #1-3, plus the landmark fi rst appearance of Generation Zero from HARBINGER WARS #1. 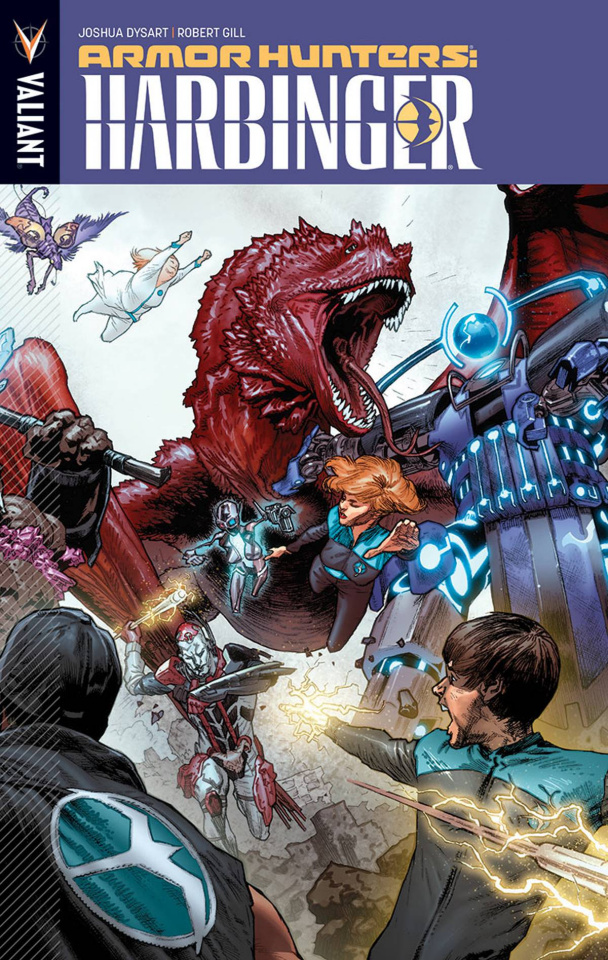