Following the life-altering events of the "Our Lady of Shadows" story arc, Vampirella finds herself taking over the role and obligations of the Drago. This includes his involvement in The Kabala clandestine organization of witches, werewolves, vampires and other supernatural creatures that deals with renegade monsters and fanatical cultists who want to trigger the Apocalypse and endanger the status quo of their shadow world. When a strange, rabies-like  plague that infects its victims with homicidal fury spreads through the slums of Sao Paolo like wildfire, Madame Evily, leader of the Kabal, calls upon Vampirella for her help in capturing the creator of the murderous disease: the fabled Dr. Faustus, one of The Accursed-those humans condemned to eternal life for their sins. "The Accursed" begins an important new 5-part story arc for Vampirella, re-introducing characters from the original Warren series, re-booted for modern readers, including Madame Evily, last seen in Vampirella #2 back in 1969! 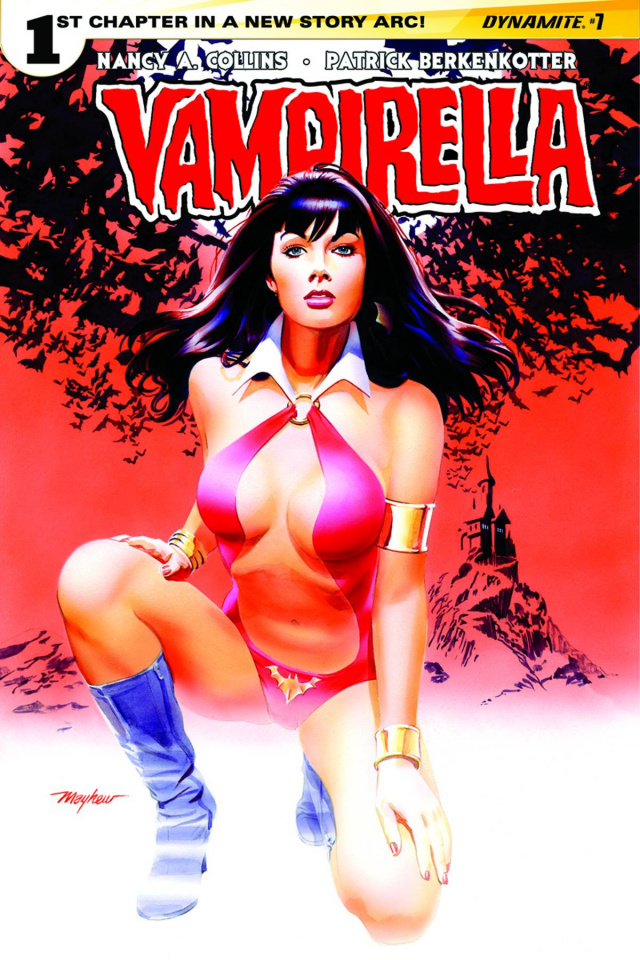