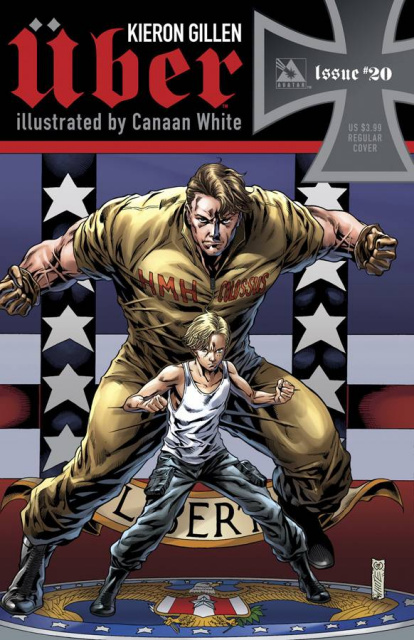 1945. Days before the fall of Berlin, a secret German program for manufacturing enhanced humans turns certain defeat into unlikely victory and starts a whole new chapter in the World War.  Most recently, England looses a leader in a terror attack on London, and the latest German technology is used to resume the naval blockade against the Allies.   The hope is the Allies' own technological edge - Heavy Panzermensch - will be enough to turn the land war. And then it's revealed the Germans have them too...  Kieron Gillen has captivated the comics' community as the misery of super human warfare continues to unfold.  Available with Regular,  Wraparound, War Crimes, and Blitzkrieg covers by Caanan White and a Propaganda Poster cover by Michael DiPascale.