The second installment of Rod Espinosa's latest fairytale steampunk epic! Intrepid inventor Gerda goes on a quest to save her home kingdom from the snows released by the Snow Queen.

She will face the deadly snow bees, ice robbers, an evil sorceress and more. She will also make strong allies: the Robber King's son Kai, a helpful young prince and princess, and a loyal reindeer.

But even then, they may not find the castle of the Snow Queen in time to save the kingdom! 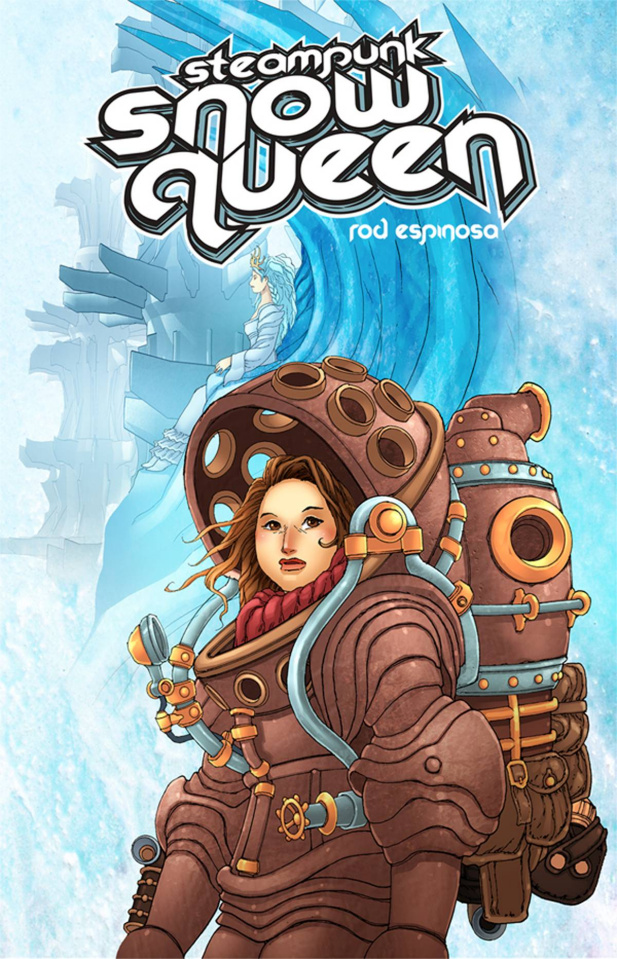