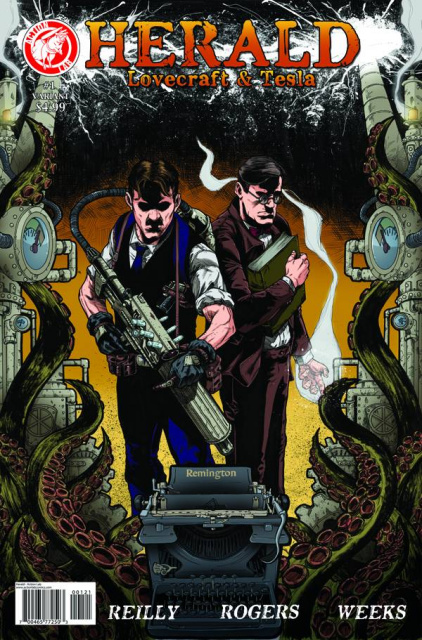 When Nikola Tesla's fiancee, Amelia Earhart, steals a dangerous prototype engine for a trans-Atlantic flight, Tesla seeks out the interdimensional expertise of HP Lovecraft to save her. Lovecraft, however, has problems of his own as he investigates the identity of Cthulhu's Herald. Variant cover by Colin Dyer, limited to 1,500 copies!