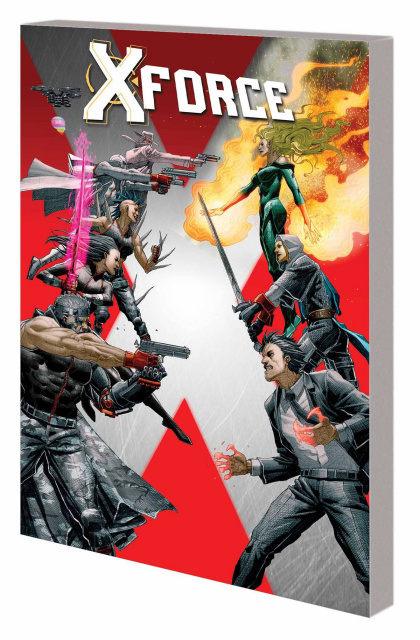 The members of X-Force barely survived superhuman arms dealer Volga - and with their secrets brought to light, they're barely surviving each other. How will Cable's team keep it together to carry out their mission? Will Domino's return help or hurt them? While pursuing the foe who killed one of their own, X-Force runs afoul of the UK's superhuman operatives: Pete Wisdom and MI13! Can X-Force out-spy the best spy there is? As the two factions come to blows, a third player secretly threatens to wipe them all off the board! X-Force targets ForgetMeNot, a mutant who may hold the key to defeating their greatest adversary. But can they convince him to join their cause? And how can they find a mutant who slips out of memory whenever he leaves their sight? Collecting X-FORCE (2014) #7-10 and X-MEN: LEGACY (2008) #300.