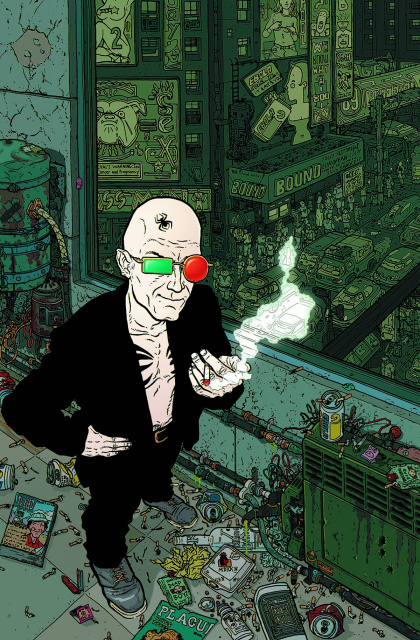 Collecting the first 21 issues of Warren Ellis's dystopian masterpiece! After years of self-imposed exile, cynical journalist Spider Jerusalem is forced to return to a job that he hates and a city that he loathes. Working as an investigative reporter for the newspaper The Word, Spider attacks the injustices of his surreal 21st century surroundings.