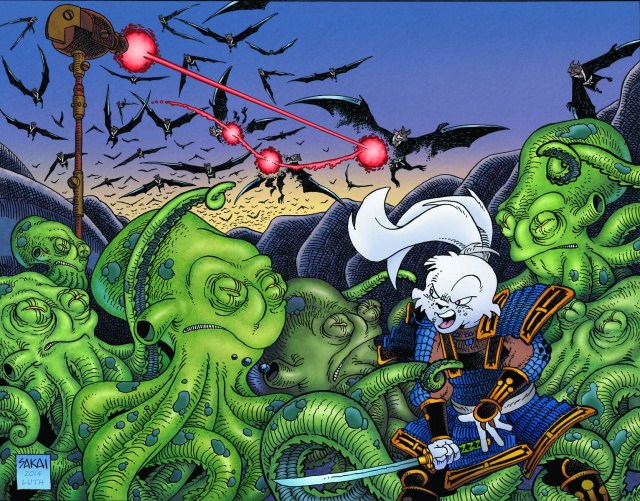 Another Martian rocket crashes into the territory of the Komori, the outlaw clan of ninja bats. Will Tomoe's husband convince them to set aside their differences with the shogun and team up against the alien threat? Meanwhile, Lord Noriyuki reveals the astonishing secret weapon he believes will win the war-you just have to see it to believe it!