Depression of the Anti-Romanticist Vol. 2

After losing his parents, Minoru supports life for himself and his two younger siblings by working at a gay bar. That's where he meets the mysterious Kan. At first, Kan's sudden advances daunt Minoru, but as he gradually gets to know Kan - a man who is, at times, wildly passionate; at others, kind and caring, like he's always been a member of the family - Minoru begins to open up his heart. However, Kan has a dark past about which he remains steadfastly silent, frustrating Minoru the more his feelings grow... Also included in this moving and dramatic concluding volume is an original bonus episode titled "1,800 days later", showcasing the two's peaceful, love-filled life after the events of the main story, and the caring, loving people who surround them! 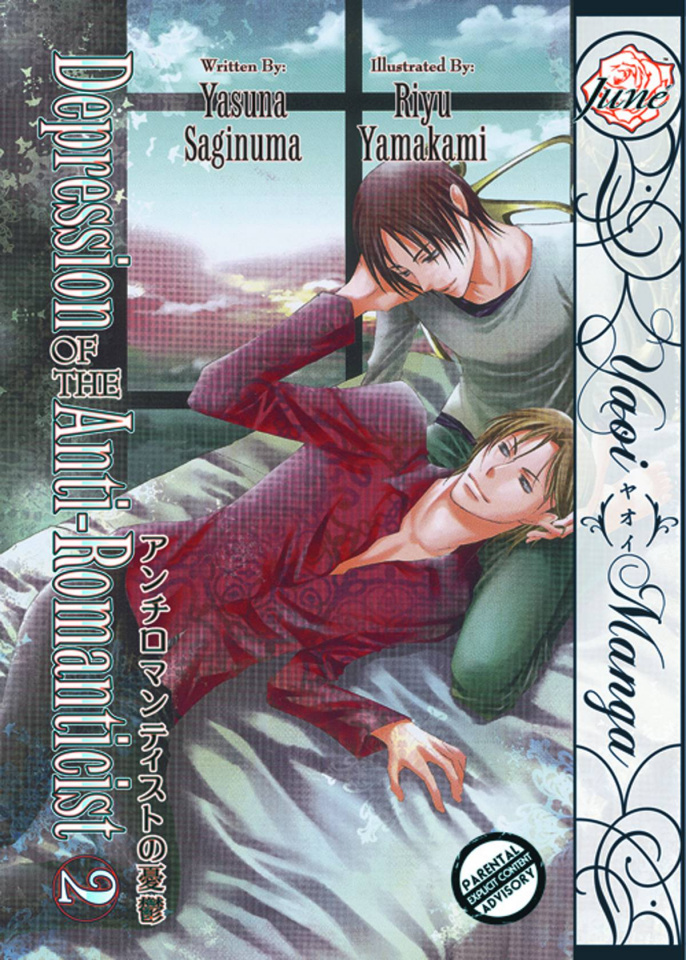