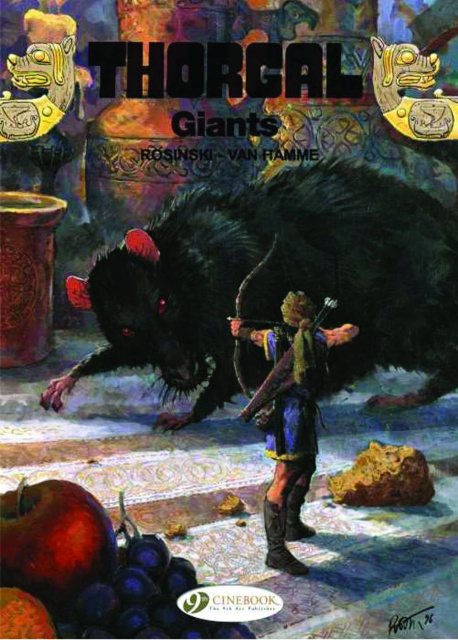 In their island fortress, Kriss and Shaigan still reign over their band of pirates and raiders. But Shaigan is beginning to have doubts, and when a prisoner who knew him calls him Thorgal, the child of the stars begs the gods of Asgard to give him back his name and his destiny. In return, the gods require that Thorgal travel to the kingdom of giants and steal from their ruler. Only then will Thorgal be Thorgal again. He's a child of the stars, beloved of the gods and touched by destiny, but also a reluctant hero, a simple man with simple dreams.