The Pacific Theater of war has changed dramatically with the deployment of Japanese super soldiers. Their use of this new technology alongside their Kamikaze terror strategy is starting to turn the tides of Allied power on the seas. Join KIERON GILLEN in an epic tale of the evolution of horror in World War II with the arms race now focused upon developing super human warriors. Is there an answer to the misery of war that will allow for a victor or will both sides be devastated by the amplified violence and destruction? Available with Regular or Wraparound cover by Caanan White, Propaganda Poster cover by Michael Dipascale, and a special Blitzkrieg Incentive cover by Caanan White. 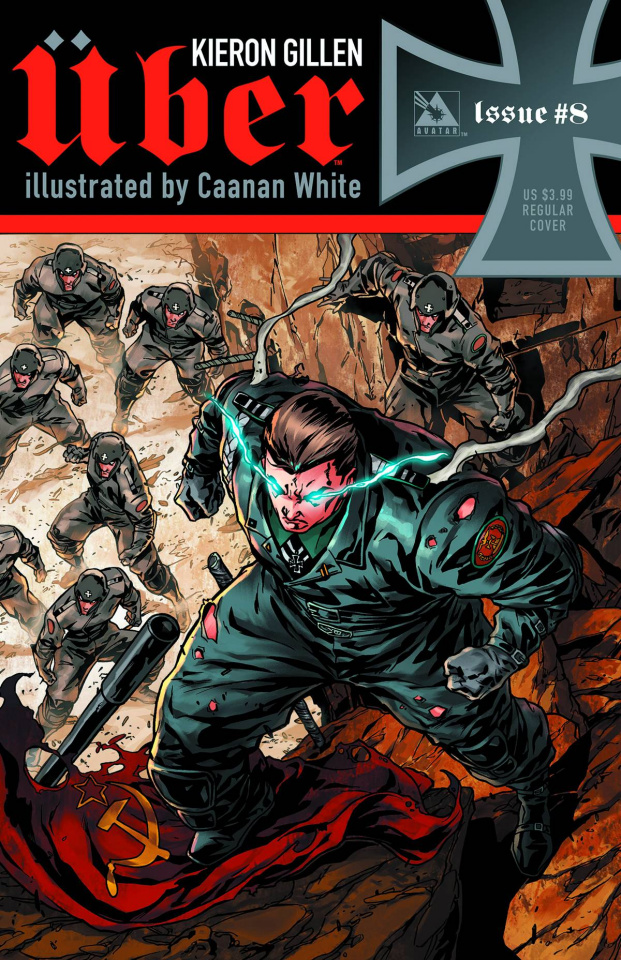