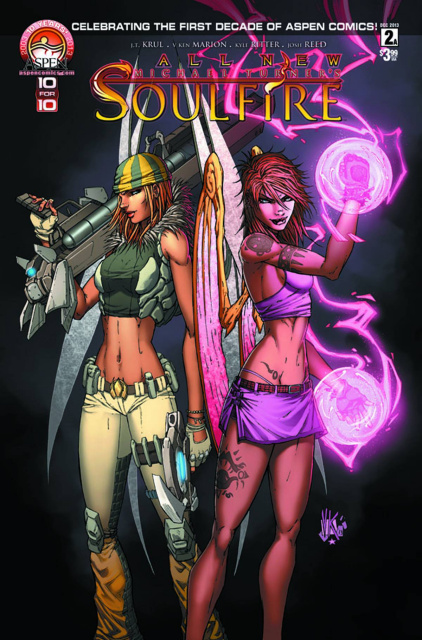 Let the mayhem begin! PJ takes center stage in the arena, determined to be crowned king of the underground hi-tech battle royale. It's man-made machine vs. man-made machine and more! In the streets of Paris, Malikai and Sonia learn more about the growing movement known as Gabriel's Voice, and their strong belief in magic--despite ever seeing any firsthand-something Malikai could change with the snap of his finger. Also, as Grace and Vanyss enjoy a common bond, other magical people are being hunted down half a world away in San Francisco - but by whom and for what purpose?" Join veteran Soulfire scribe JT Krul, along with the amazing artistic talents of V. Ken Marion and Kyle Ritter, as an all-new direction for Michael Turner's fantasy epic Soulfire begins!