Steve Mannion's fighting mad badgirl Fearless Dawn is back and better than ever in this Dinosaurrific tale of Action and Adventure! It's World War Two and the Nazis are threatening world domination. A new hero rises to fight the Axis, it's a New Dawn - Fearless Dawn! With her trusty Retro-Rocket and Sidekick Betty, there's plenty of action afoot. Enter the evil Helga Von Krause, Fearless Dawn's arch nemesis and the sparks really begin to fly! Helga's cooking up a plot to invade with an army of genetically-modified Dinosaur warriors that threaten to smash everything in the free world unless she is stopped! Can Fearless Dawn save the Day? 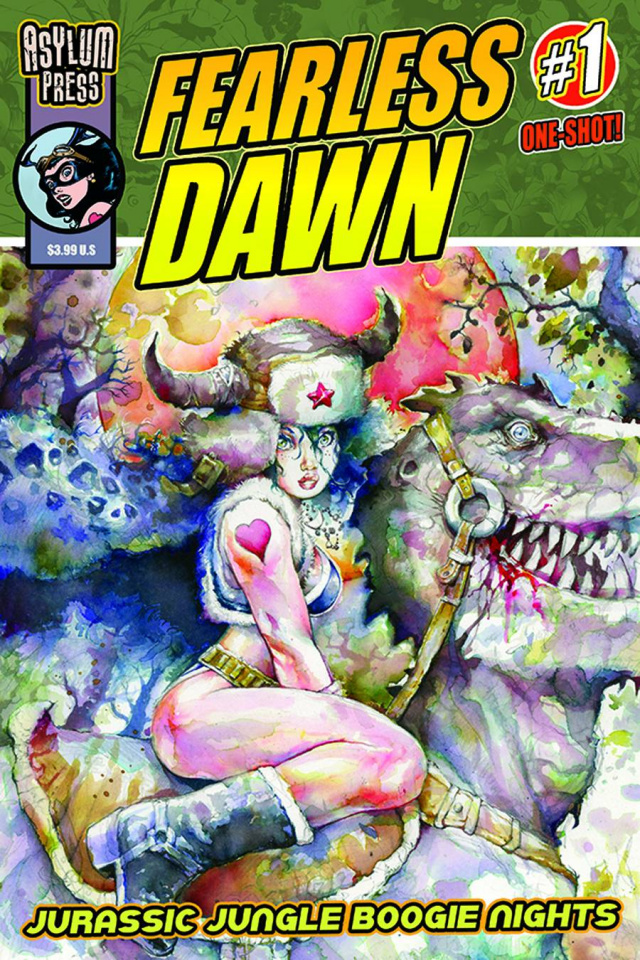