Brand New Story Arc! Jump aboard the action as we begin the "Shadow Fall" saga!

Team Dark is sent into the deep, dark depths of space to stop the approach of the Black Comet! It hasn't even been fifty years! The Black Comet is home to an evil, violent race of aliens known as The Black Arms, but the Black Arms were defeated months ago - so who are these new alien invaders inhabiting the comet sent to consume the earth? And what sinister new villain awaits Shadow in its depths? You cannot miss this gritty, alien-blasting new storyline with art from Jamal Peppers, and cover art from Tracy Yardley! Plus a killer Shadow variant cover from T. Rex! 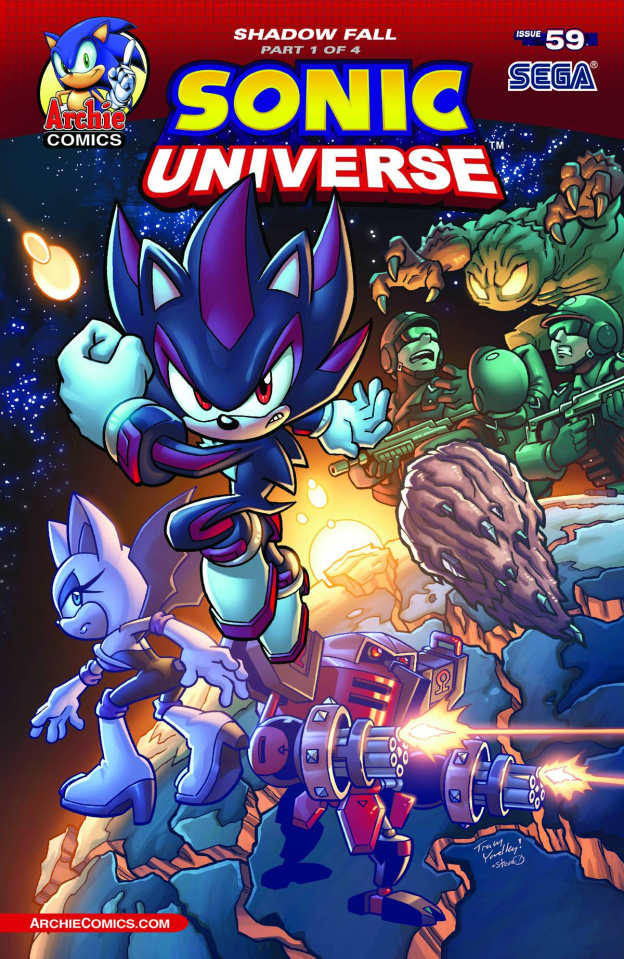