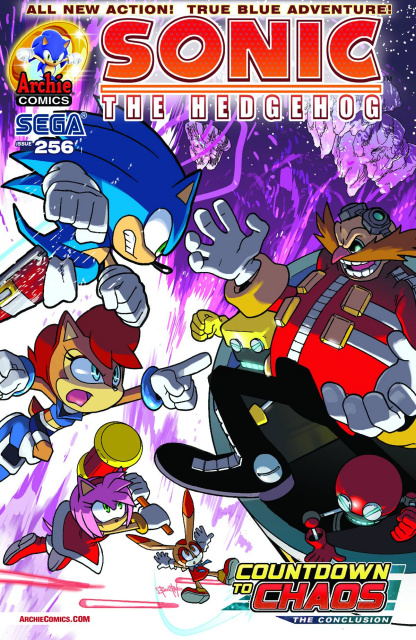 It's the dramatic conclusion to the epic "Countdown to Chaos" saga! In Part Four, it's a race against time as the countdown reaches its thrilling end! Metal Sonic is out to kill Sally and the Death Egg II has launched-things are not going well for our true blue hero! Can he and Tails get to the Aquatic Ruins Zone in time to save the day? And what horrifying discovery awaits Dr. Eggman? You definitely won't want to miss this earth-shattering climax of the storyline that shook the Sonic comic books to the core! Featuring the final adjoining cover in the series from artist Ben Bates, and a special "end of the world" variant cover from Tracy Yardley!