It's all-out action and excitement as the hit Disney XD TV show bursts off the screen and into your hands with four screen-capture adaptations from season one, including an episode scripted by Marvel scribe supreme Brian Michael Bendis!

When Peter Parker discovers that Thor has been transformed into a Frog of Thunder, he must travel to Asgard to save the Nine Realms from Loki's wrath!

Spider-Man teams up with X-Man Wolverine to take down the mutant Mesmero, but things get freaky when Mesmero switches the two heroes' personalities!

An exhausted Spider-Man takes the weekend off, so of course that's when Dr. Octopus and the Whirlwind decide to strike! Collecting MARVEL UNIVERSE ULTIMATE SPIDER-MAN #17-20. 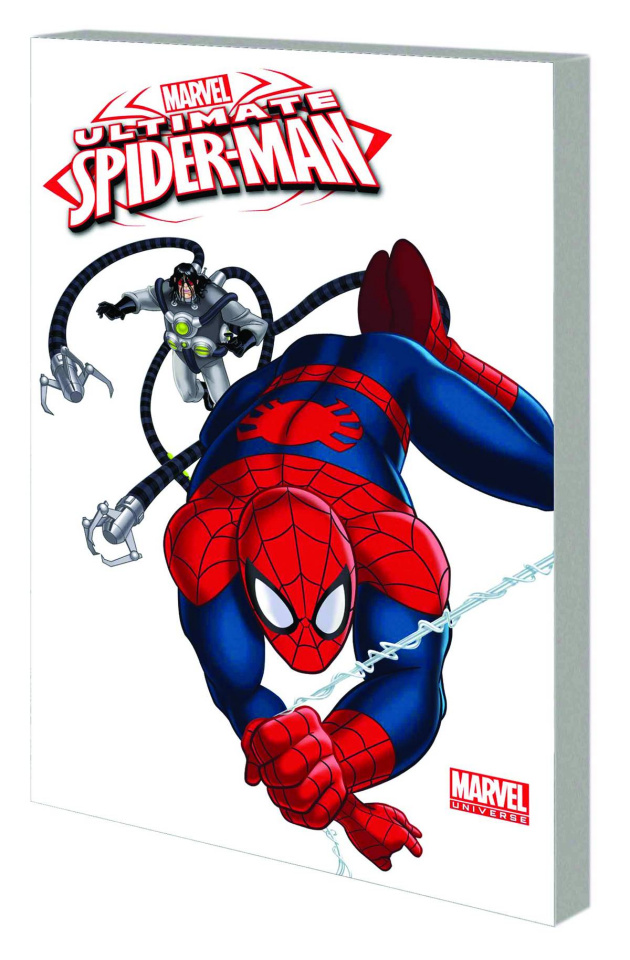