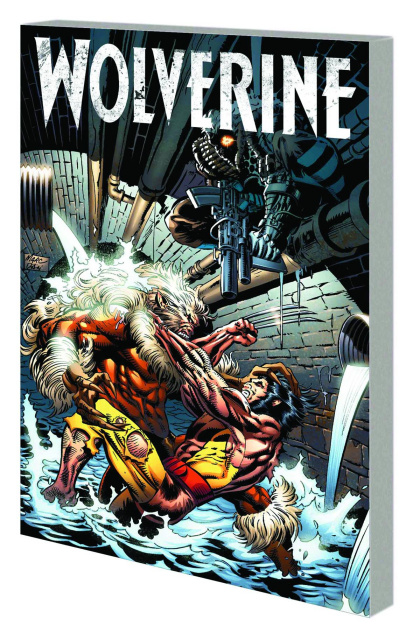 Wolverine by Hama and Silvestri Vol. 2

The Reavers have cooked up their deadliest cyborgs yet: Albert, a mechanical doppelganger of Wolverine, and his partner, the cute widdle Elsie-Dee! But that's just the start of the madness as Wolverine is targeted by mob enforcers, body-slammed by a stealth fighter, sucked into the sewers and savaged by Sabretooth - who somehow believes he's Wolverine's father! Jubilee, Forge, Cable and Nick Fury come to Wolverine's aid - but when the mythical Hunter in Darkness is captured and Lady Deathstrike arrives to take her revenge on Logan, it leads to a blood-soaked four-way claw fight in Times Square that can't possibly end well! Then, Wolverine and Wolfsbane are transported to a magical dimension to fulfill an ancient prophecy! Plus: a crazed zookeeper, an invisible demon and a vengeful sniper! Collecting WOLVERINE (1988) #38-46 and WOLVERINE: RAHNE OF TERRA.