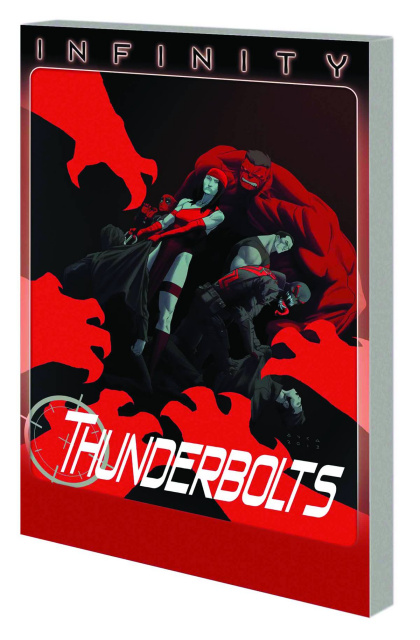 The T-Bolts' new ongoing creative team bursts into action! While the Avengers are away, the Thunderbolts strike! Their goal is to strike hard and fast, to take the entire NYC Mafia before anything goes wrong - but when Thanos' hordes come crashing down smack dab in the middle of the T-Bolts' mission, their "perfect plan" finds itself going right off the rails! And things get even worse when one of the Black Order sets her sights on the Red Leader! How will the Thunderbolts prevail against the overwhelming cosmic tide of INFINITY? Plus: Delve into the secrets of the most mysterious Thunderbolt, Mercy! Collecting THUNDERBOLTS (2012) #13-18.