In this special one-shot story celebrating the 50th anniversary of Doctor Who, a strange force flings the TARDIS and the Doctor into our own universe! Once here, the Doctor encounters a 10-year-old girl who happens to be a huge fan of the Doctor Who TV show. The Doctor grapples with being a fictional character and monsters lurking at the girl's school on the way to coming face-to-face with the actor who portrays him, Matt Smith! 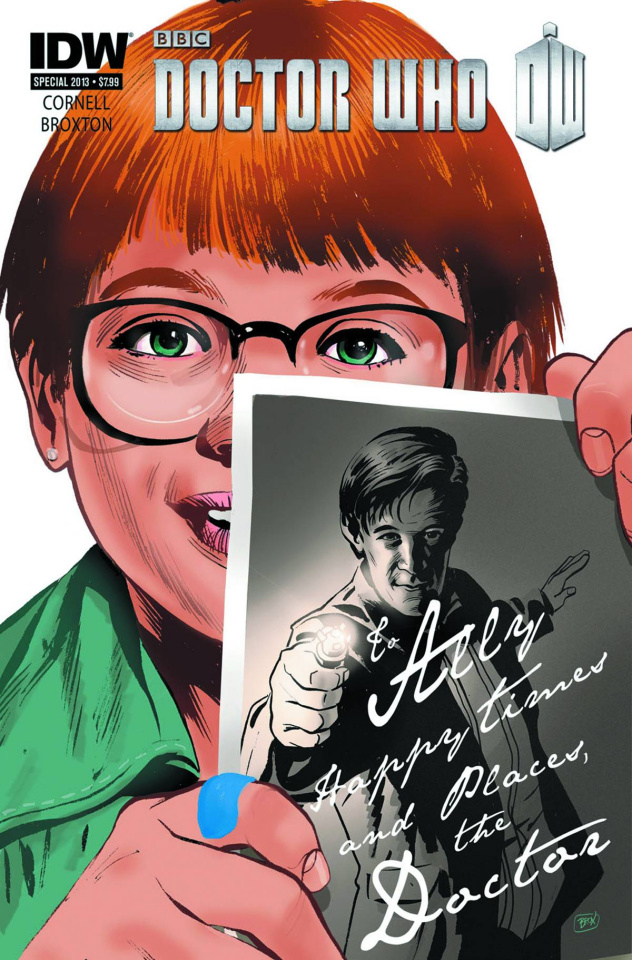