"If Maxim were a comic book about fairy tale hotties, this would be it." -Maxim.com

What's worse than battling the Mistress of Limbo? Battling Baba Yaga, Venus, the Goblin Queen and the Queen of Spades along with her! Sela's nightmare has come true as the evil forces of the Grimm Universe join together through a very powerful artifact. The only way Sela can defeat them and protect the Earth is by joining forces with two badass falsebloods she found years ago - Red Riding Hood and Samantha. Don't miss this action-packed Grimm Fairy Tales spinoff mini-series by Zenescope Entertainment! It never felt so good to be so bad! 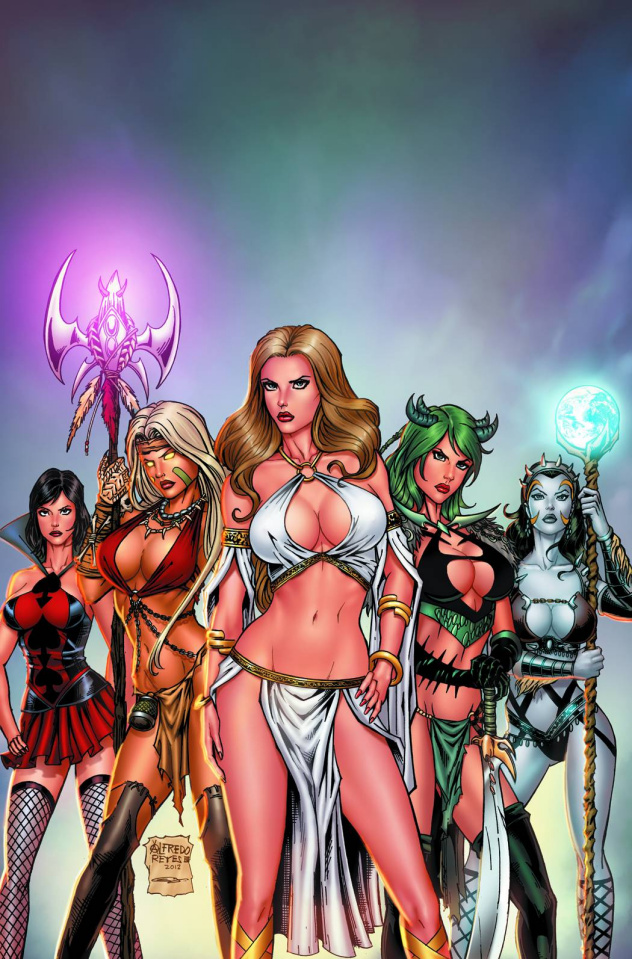