X-O Manowar and Ninjak unearth The Vine's ultimate endgame! Deep within the halls of the MI-6, a sinister plot by The Vine's alien agents is about to come to fruition. Their goal? Wipe humanity off the map - beginning with X-O Manowar. To get the job done, The Vine has enlisted Ninjak, the world's most lethal assassin, but by doing so, they may have sealed their own fate. What began as a war between two men must become an uneasy truce...or Earth will fall. Betrayal, death, and a changing of the guard await in this explosive conclusion to the smash hit arc establishing X-O Manowar in the Valiant Universe. 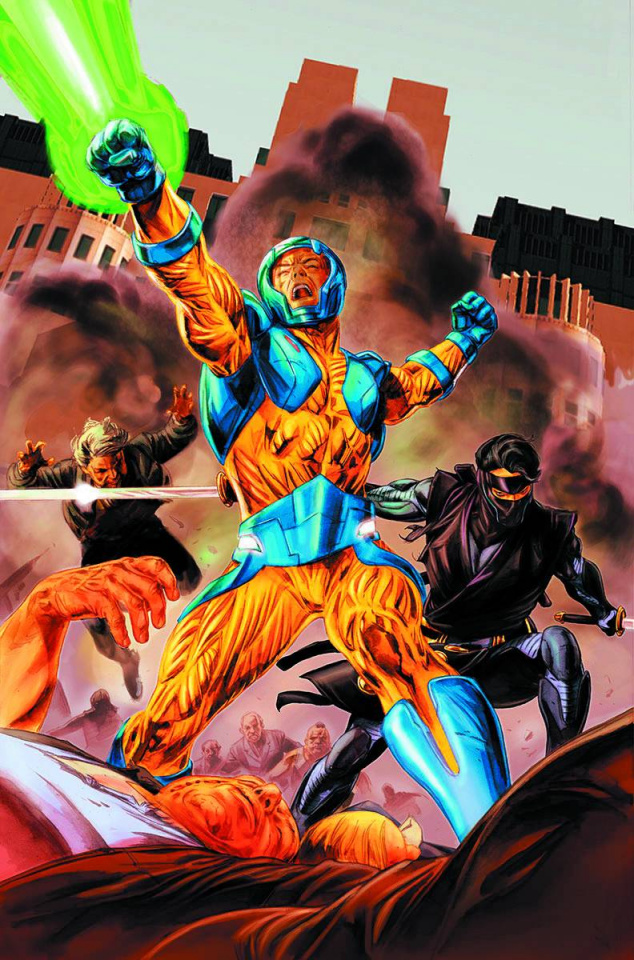