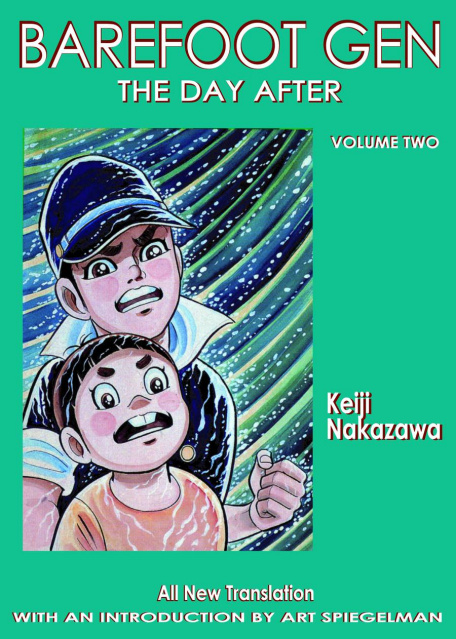 Barefoot Gen Vol. 2: The Day After

American comics readers, used to superheroes, science fiction or fantasy, may not be prepared for the raw honesty of Nakazawa's semi-autobiographical novel of destruction and hope. This grim tale begins in Hiroshima, Japan, on August 7, 1945, the day after the detonation of the atomic bomb, and depicts a singular level of wartime social dislocation. The city is rendered, in an instant, a ruined hell littered with tens of thousands of rotting corpses. The Nakaoka family is virtually wiped out, leaving only Gen, a young boy, and his pregnant mother. In this gruesome landscape of incomparable suffering and death, young Gen, bald from radiation sickness, struggles to find food and provide solace to his mother, his newly born sister and a succession of dispossessed characters in the doomed city. The simplicity of the black-and-white drawings and the theme of uncomplicated faith and its betrayal are in vivid contrast to Gen's fearsome experiences. The author of this disturbing testament was seven years old when the bomb hit his city, and this is the second volume in his continuing re-creation of wartime Hiroshima. While the publishers intend that its message be shared with children as well as with adults, the novel's intense realism makes the fulfillment of that expectation unlikely. The volume is as gripping and horrifying in its portrayal of death and pain as it is poignant in delineating Gen's bewildered decency and determination to survive. Nakazawa has produced a stark, relevant documentation of the consequences of nuclear war.