The Shadow Vol. 1: The Fire of Creation

Who knows what evil lurks in the hearts of men? The Shadow knows! In the storyline 'The Fire Of Creation', it's 1938 and The Shadow returns in a tale of blazing action and deadly intrigue, as a night of carnage on the New York waterfront plunges the mysterious vigilante into a conspiracy involving the fate of the world itself. As storm clouds gather across the globe, American Military Intelligence meets with a certain Lamont Cranston, determined to beat a host of spies and assassins to the greatest prize of all... but what that might be, only the Shadow knows. Collecting the first six issues of the hit series written by Garth Ennis and drawn by Aaron Campbell, featuring Garth Ennis' script to issue #1 as well as a complete cover gallery featuring art by Alex Ross, Jae Lee, John Cassaday, Ryan Sook, Howard Chaykin, and more.

Now you can own this beautiful hardcover with a signed tip-in sheet by writer Garth Ennis AND remarked by interior artist, Aaron Campbell! 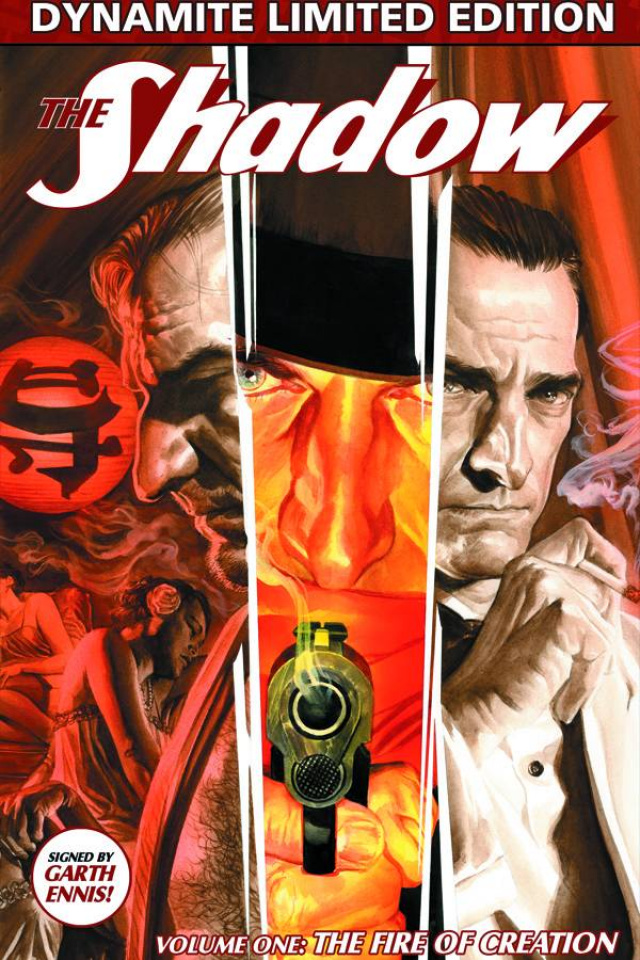