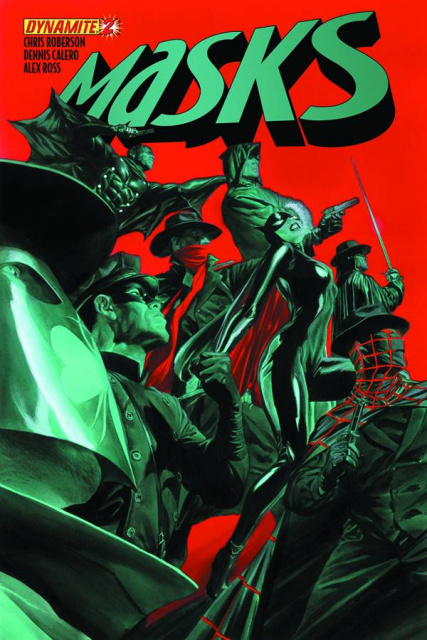 Powerful criminals and crooked politicians have taken over New York, and instituted a fascist police state. With the law bent to their own purposes, the so-called "Justice Party" and their army of Black Legion troopers imprison, extort, and execute any citizens who stand in their way. Only vigilantes like the Shadow, Green Hornet, and the Spider have any hope of standing against them, but instead of operating outside the law as they have always done, these masked heroes must now oppose the law in their fight for justice. But they will not be fighting alone, as more men and women don masks and emerge from the shadows to stand alongside them.