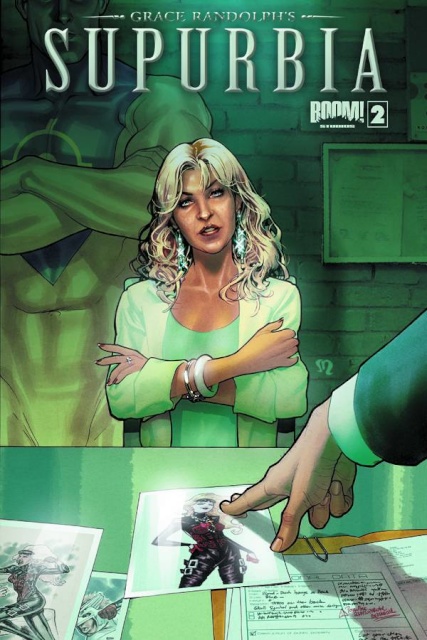 THE FAN-FAVORITE PHENOMENON CONTINUES! After Hayley Harper's televised bombshell, Hella has to face a parole hearing that may send her back behind bars, where Sovereign can't protect her... A new romance is kindled in Alexis's life - during the middle of a super-powered rooftop heist... Jeremy puts his explorer skills to the test as he hunts down his kidnapped son in the Mongolian wilderness... Sick of living in the shadows of Paul's marriage, Gio has a shocking announcement to make... And what dastardly deeds does Hector Hunt have in store for the neighborhood while the heroes are away? Find out as Grace Randolph and Russell Dauterman bring you the next steamy installment of Supurbia.