Quicksilver's scheme to lord over the world's mutants goes horribly awry when his army of Nimrod sentinels goes rogue and commits mutant genocide. Val Cooper probes S.H.I.E.L.D. Director Nick Fury for information on the Ultimate X program, and the identity of world's most powerful psychic, Jean Grey, is revealed - but she may not be playing for the right side. And the mutants interned at Camp Angel stage a bloody revolt when they learn the true origin of the X-gene. The ghosts of the Ultimate Universe's past drive the world's mutants toward an explosive confrontation in this thrilling chess match crafted by writer Nick Spencer (Iron Man 2.0)! Collecting ULTIMATE COMICS X-MEN #7-12. 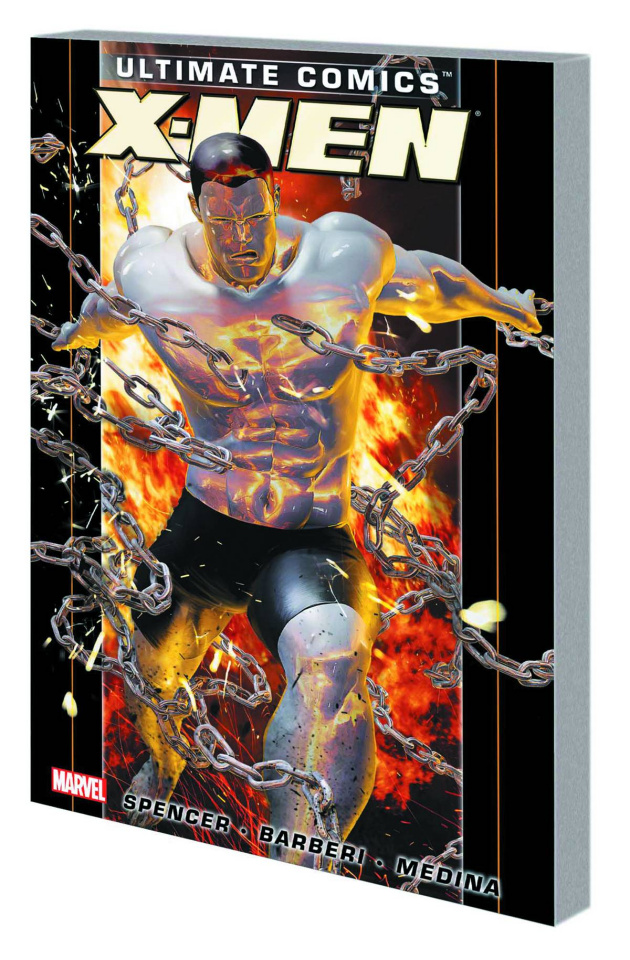