Spider-Man: Ends of the Earth

Dr. Octopus is dying. But in his final days, he has developed technology to repair the ozone layer. He says all he wants is to be remembered forever as the human race's savior, and it seems the world is ready to play along with him and his Sinister Six. But not Spider-Man. Burned countless times in the past by his arch-nemesis, Spidey's not willing to accept Doc Ock as a selfless benefactor. Unfortunately, that sets him - not Octavius - as Global Enemy No. 1! How can Spider-Man save the day when Doc Ock, the Sinister Six and, indeed, the whole planet, are intent on hunting him down? Guest-starring the Avengers, Silver Sable, Big Hero 6, Union Jack and more! Collecting AMAZING SPIDER-MAN: ENDS OF THE EARTH, AMAZING SPIDER-MAN (1963) #682-687 and AVENGING SPIDER-MAN #8. 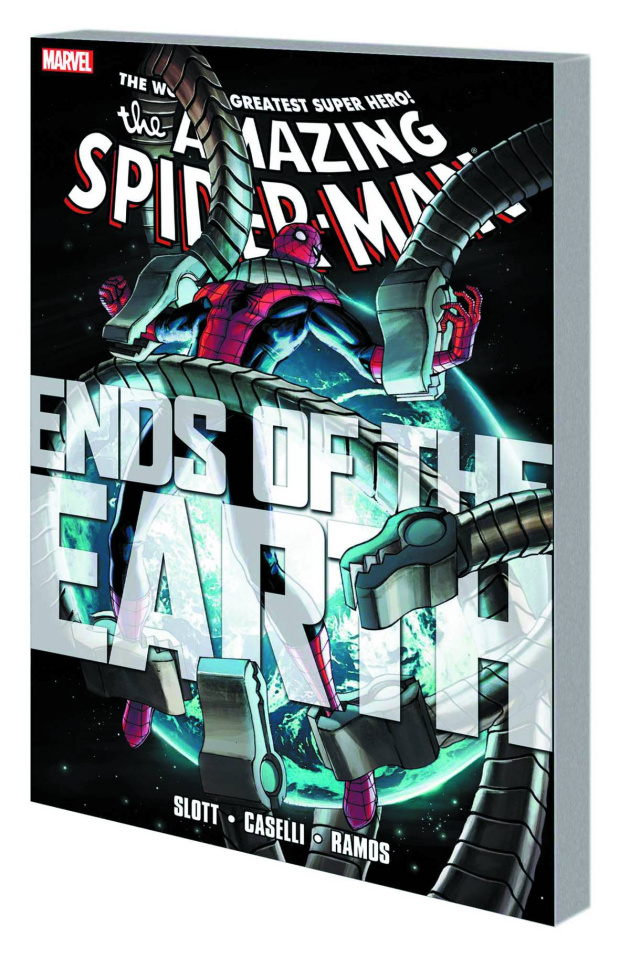