Fear Itself: The Fearless

In the aftermath of FEAR ITSELF, the eight mystical hammers that fell from the sky and empowered the Worthy are scattered across the globe - and Sin intends to reclaim them. But Asgardian warrior Valkyrie opposes the Red Skull's nihilistic daughter, planning to return the weapons to Asgard. As Sin and Crossbones use the dark magic of occult group DOA to track the hammers, Valkyrie must fight her way through Raizo Kodo and his legion of vampires, the Fantastic Four, the X-Men, and even her Secret Avengers teammates - all with their own agendas for the weapons! Can she find and secure the hammers before Sin can use their power to raise the ultimate force of destruction? Or will a second wave of fear and death descend upon the world? Collecting FEAR ITSELF: THE FEARLESS #1-12 and material from FEAR ITSELF #7. 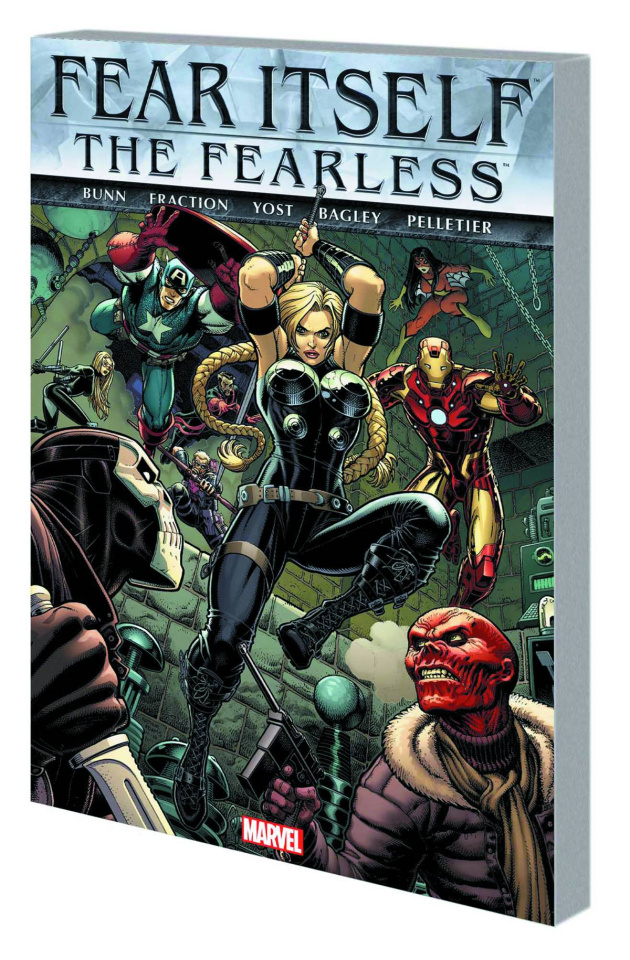