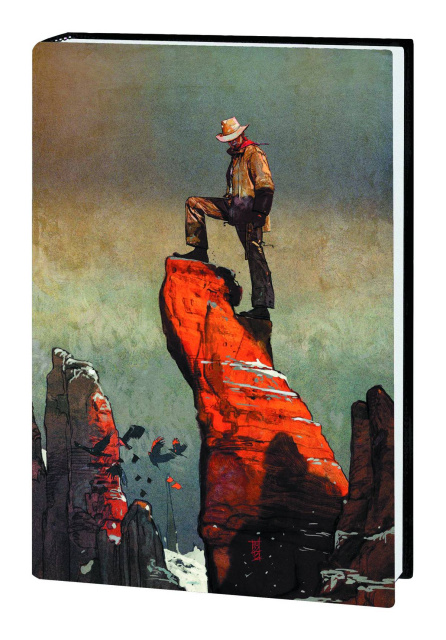 The Gunslinger: The Man in Black

The exciting final chapter in the DARK TOWER: THE GUNSLINGER saga! Roland continues his journey toward the Dark Tower in his search for the Man in Black - but when young Jake faces peril in the tunnels, can Roland save him? While the Man in Black's treacheries thicken, Roland and Jake must stave off an attack by vicious, cave-dwelling mutants - little knowing that an even more sinister evil awaits them farther inside the cave. As their quest's end nears, Roland prepares to meet his destiny- but is he ready? Can he do what it takes to find the Dark Tower? Even if it means sacrificing young Jake? Don't miss this captivating adaptation of Stephen King's celebrated novel, as Roland finally learns the Man in Black's identity! Collecting DARK TOWER: THE GUNSLINGER - THE MAN IN BLACK #1-5.