And Alchemist, a.k.a. wunderkind industrialist Jeremy Briggs, has offered the students a chance to be normal again - but is there a catch? Who will accept his deal? Years of plot threads explode as your favorite Academy characters face their futures - including the ultimate challenge to the Mettle/Hazmat romance! Can friendships, romances - and the Academy itself - survive? Plus, because you demanded it: the flag football game between Avengers Academy and the Jean Grey School! Guest-starring the staff and students of WOLVERINE & THE X-MEN! Collecting AVENGERS ACADEMY #34-39. 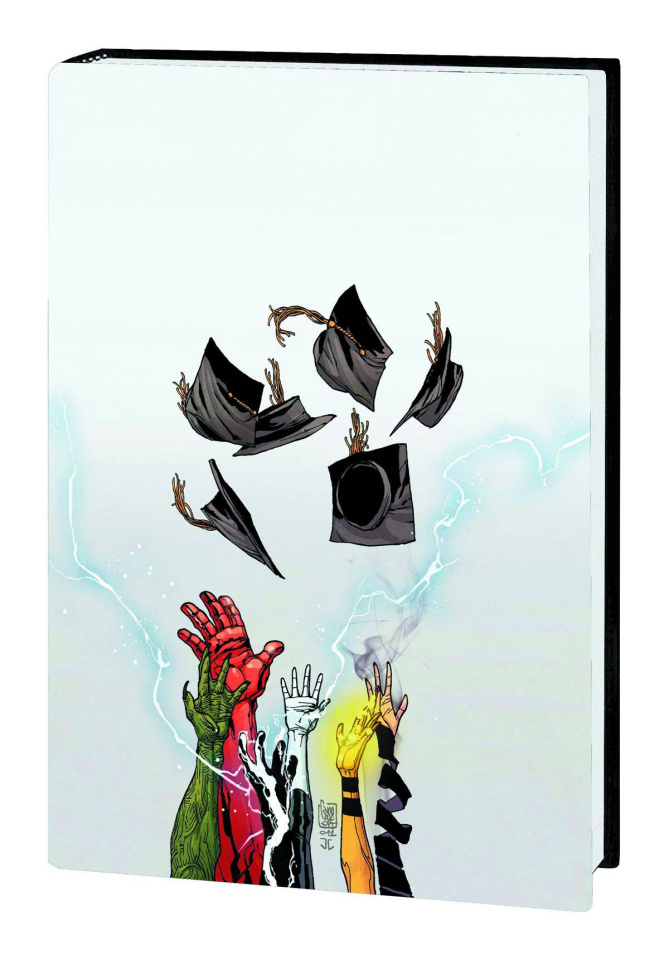