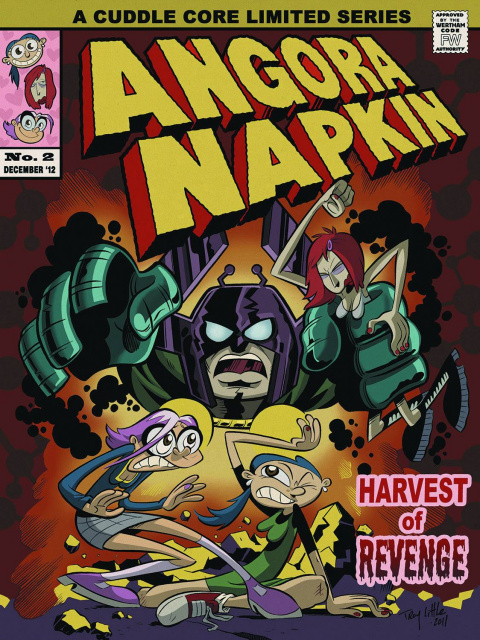 Welcome to the next mind-numbing chapter in the Eisner Nominated ANGORA NAPKIN saga! A quiet gig in a desolate Hell's Angels bar unexpectedly turns violent! Mallory has been abducted! One by one the girls of Angora Napkin fall prey to the sinister machinations orchestrated by the psychotic uber-nerd known only as Mr. Otaku. What diabolical master plan does he hold in store for this luscious trio? Are you nerd enough to delve into horror beyond imagination? Then brace yourself for the insane sex-violence that is HARVEST OF REVENGE!