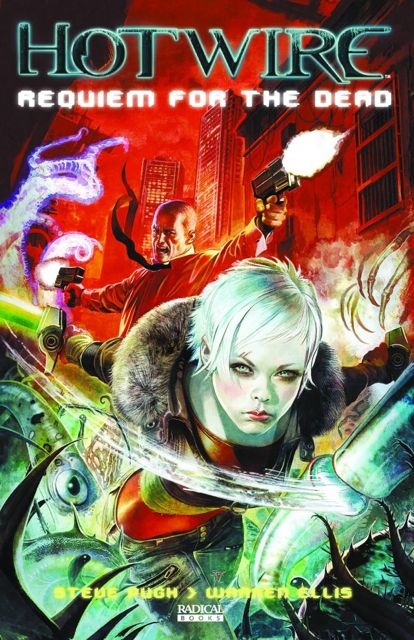 In the near future, the living and the dead share the same space. Most of the 'Blue Lights,' are harmless, witless drones, as lost in death as they were in life. Some want revenge. Some want power. Some even want company to join them in the ranks of the departed. Enter Alice Hotwire, Detective Exorcist. She's the best there is at keeping the peace on the Blue Light beat, and her fellow officers hate her for it. It's a job she doesn't want, in a world she doesn't understand-but when a break-in at Maximum Security Necropolis sets off a surge of violent, brutal hauntings, Alice Hotwire knows she's the only one that can pull the city from the brink of chaos. This extremely limited edition collects the critically acclaimed miniseries in a deluxe hardcover format with a cover signed by the author and artist, Steve Pugh. This edition includes a gallery of concept and character art as well as creator interviews.