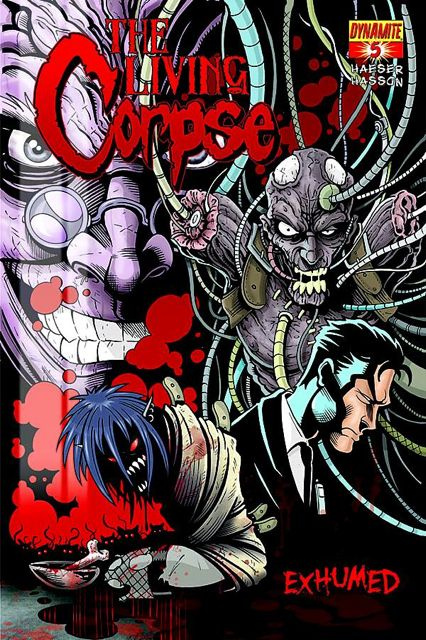 THE LIVING CORPSE has been captured by AGENT ROMERO and PROJECT LAZARUS! But what will Agent Romero do now that he has the murderer of his mother and sister dismembered, dissected and hung from a hook? The Living Corpse must face his past (as well as a bone saw, a pair of pliers and a blow torch) as Agent Romero exacts his brutal revenge! Also, the vampire LILITH undergoes her own dissection at the hands of Project Lazarus. Will she embrace her vampire nature fully to escape her captivity or will she sink lower into the blood thirsty animal inside of her? All this and the DEATH of a major character! Take your bets, boys and ghouls - not everyone will make it to the explosive end alive!