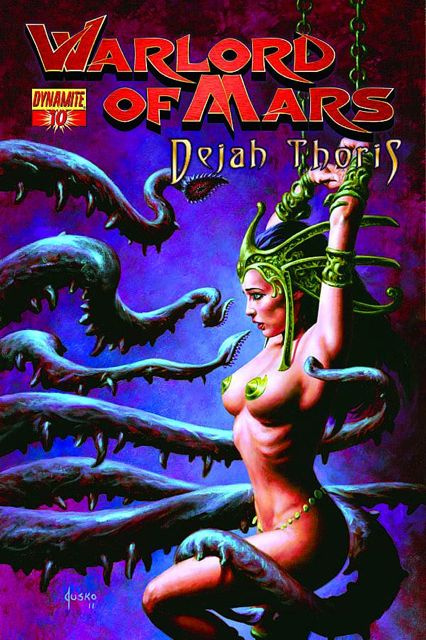 Xen Brega, the cannibalistic moon pirate, has seized the treasure that Dejah Thoris and her reluctant ally, Phondari, the Pirate Queen of Mars, have been after for so long. You can bet neither woman is going to let Brega get away with it - not without a fight! Brega and Phondari both laugh at the idea the treasure might be cursed, but one of them, at least, will learn a little respect by the time the dust settles. The thrilling conclusion of the Pirate Queen of Mars story arc awaits you Dejah Thoris #10: Jeddessa's Revenge!