A massive oversized collection spotlighting the mega-popular cult series - Vampi! What was originally a re-imagining of Vampirella quickly took on a life of it's own, creating a dystopian science fiction world populated by manga influenced characters mixing with the supernatural. In this world a new hero has risen to do battle with the forces of darkness and corruption in the form of a futuristic vampire called Vampi! Enter a world of high tech horror and adventure when Dynamite Entertainment brings you the first 18 issues plus Vampirella Manga 2099, and Vampi 1/2 from this hit series from 2000. Featuring popular story arcs 'Switchblade Kiss, Tainted Love, Ultramatrix and whole lot more! 350+ pages by David Conway and Kevin Lau. 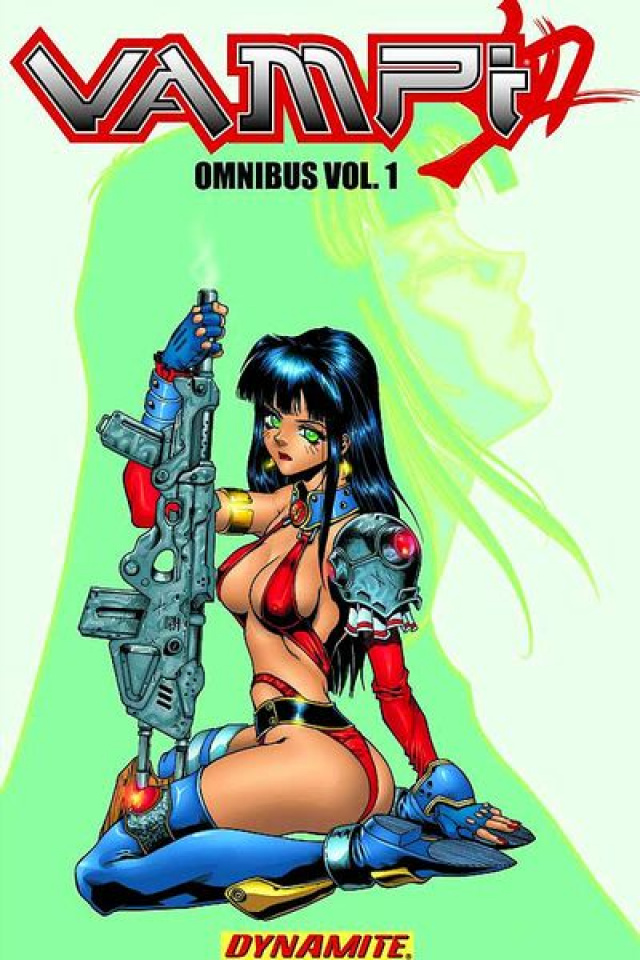