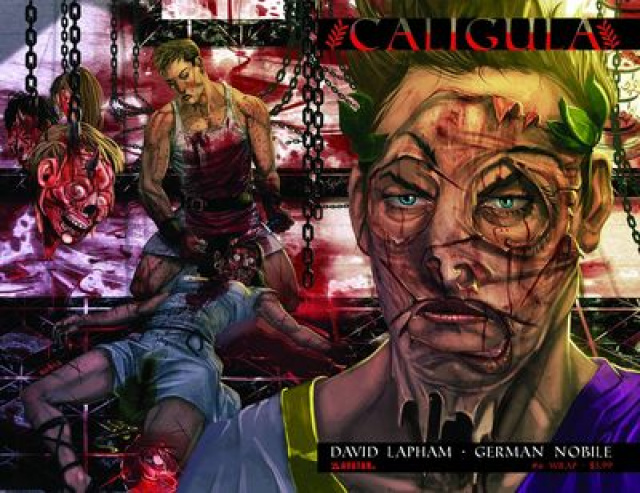 The streets of Rome run red with blood as David (CROSSED) Lapham brings a startling conclusion to the story of the most feared Emperor of time, Caligula! Felix has endured the brutal slaughter of his parents, the intrusive savage needs of a nightmare steed, and the hedonistically maddened ravings of his beloved and despised enemy. Having been tasked to record the gospel of Caligula, can a mortal man decipher the supernatural secrets of Rome's most despised despot and put an end to the insanity? David Lapham drags fans into the darkest corners of Rome's history and dares you to stare down the madness within. German Nobile illustrates this final gruesome chapter in the Caligula epic. Caligula #6 is available with a Regular cover by Jacen Burrows, a Wraparound cover by series artist German Nobile, and a special Golden age of Rome retailer incentive cover.