In the dead of winter, A.P. popular new series, The Last Zombie: Inferno picks up where The Last Zombie left off, as Doctor Ian Scott and his team of soldiers and scientists make their way across the wastelands of a post-zombie apocalyptic America. Infected with the virus that caused the zombie outbreak, Ian struggles to stay alive long enough to see his wife again. As if that wasn't enough, the team find themselves caught between a raging, state-wide wildfire and the radioactive destruction of a nuclear reactor meltdown. More apocalyptic awesomeness from Brian Keene (Doom Patrol, Dead of Night: Devil Slayer), Joe Wight (Twilight X, The Last Zombie, How to Draw and Fight Zombies) and Ben Dunn (Warrior Nun Areala, Marvel Mangaverse)! 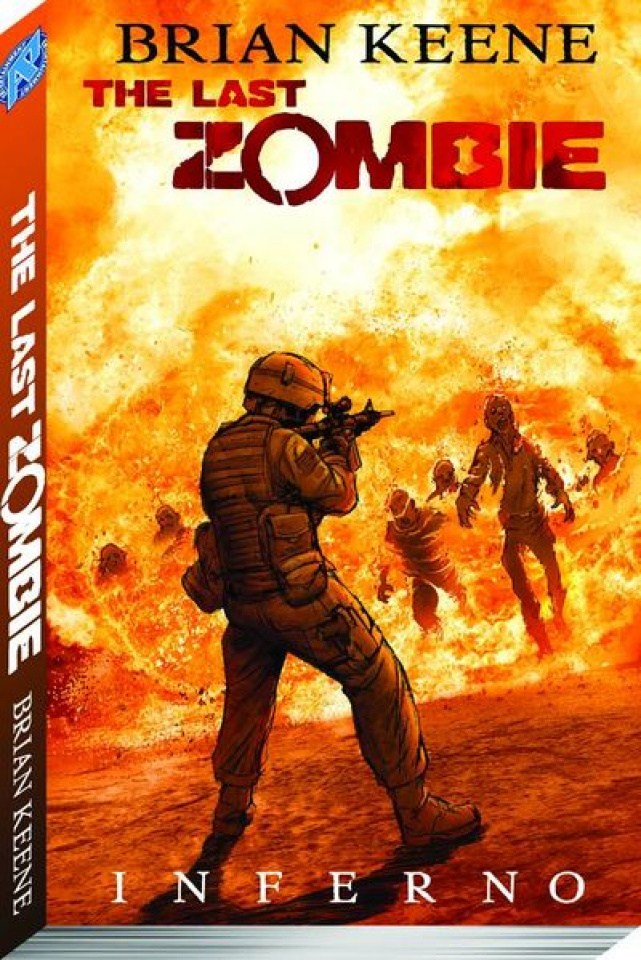