Take a trip back in time to Marvel's Wild West! Relive those thrilling tales of yesteryear in which courageous young Johnny Bart from the town of Rawhide took on the task of taming the unruliest badlands this side of Willow Flats! Watch as the Kid - armed with his two trusty Colt six-shooters - encounters such villainous varmints as the Bat, Mister Lightning and Wolf Wacko! Hop on board the wagon train, and follow along as the Rawhide Kid delivers thrills faster than Willy Lumpkin's Pony Express! Collecting RAWHIDE KID (1955) #17-35. 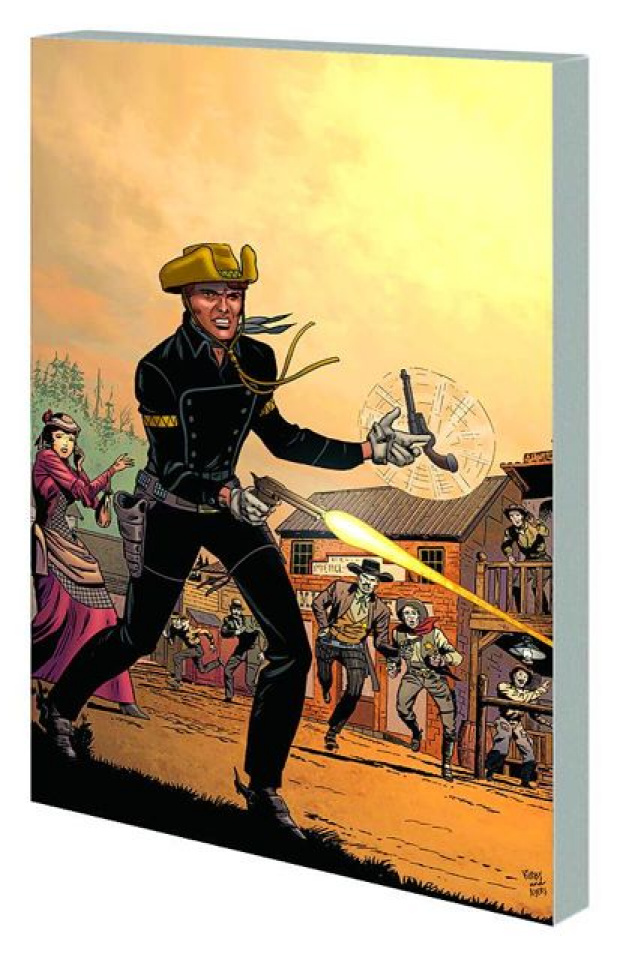