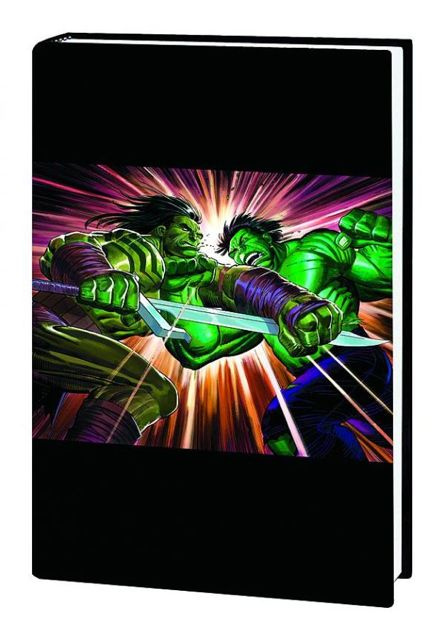 The Hulks go to war! Everything Bruce Banner knows has been turned upside-down - and everything he's ever desired may be just a heartbeat away. Don't miss the insane action as Skaar faces his most brutal battle, and Bruce his greatest temptation - and the identity of a certain scarlet smasher is finally revealed! Plus: Brace yourself for the coming of Hulkpool! And see what the other hulked-out heroes are up to as the gamma-god of thunder and a not-so-friendly neighborhood Spider-Man tear up Washington, D.C., and Wolverine and Bucky Barnes square off! And what path has led the Savage She-Hulk called Lyra the Wizard's Frightful Four? Collecting WORLD WAR HULKS #1, FALL OF THE HULKS: SAVAGE SHE-HULKS #1-3, HULKED-OUT HEROES #1-2, WORLD WAR HULKS: SPIDER-MAN VS. THOR #1-2, WORLD WAR HULKS: CAPTAIN AMERICA VS. WOLVERINE #1-2, and INCREDIBLE HULK (1968) #312 and #609-611.