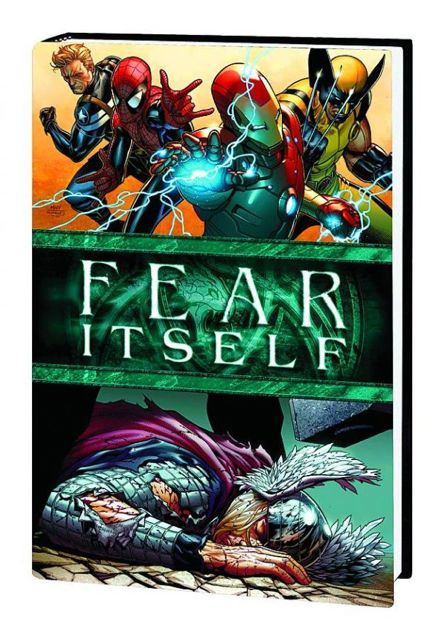 In this time of global anxiety, economic turmoil and mass hysteria, Sin, the new Red Skull, has made an awesome discovery - a revelation that will divide father and son, turn friend against friend and herald the rise of Fear personified. Who is the Serpent? As Odin and the Asgardians leave the Earth to fend for itself, the Avengers and the world's remaining heroes battle the unstoppable tide of terror! And then - the Serpent's Hammers fall! Who shall rise up and join the Serpent as the Worthy, living avatars of his evil? And how can the Avengers respond... to fear itself? Matt Fraction and Stuart Immonen bring fans the biggest Marvel event since CIVIL WAR! Collecting FEAR ITSELF: BOOK OF THE SKULL and FEAR ITSELF #1-7.