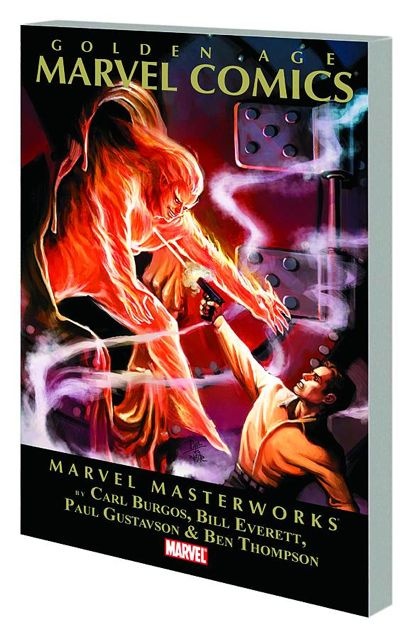 In September 1939, a new title hit newsstands and changed the comic-book world forever: MARVEL COMICS #1 had arrived! And this 64-page package wasn't your typical assortment of super-powered, straight-laced do-gooders. This was something completely new. The Human Torch, the creation of Dr. Phineas Horton, was neither man nor hero. He was a fiery force of nature who shocked and unsettled mankind. The half-human/half-Atlantean Sub-Mariner ventured from his undersea kingdom not with a mind set on peace, but bent toward vengeance! They're flanked by an eclectic set born out of the energy and imagination of the Golden Age - including the heroic Angel, robot invention Electro, hard-edged detective the Ferret, cowboy Masked Raider and jungle adventurer Ka-Zar. Painstakingly restored with a host of bonus material, this volume is a must for every comic reader's library. Collecting MARVEL COMICS #1 and MARVEL MYSTERY COMICS #2-4.